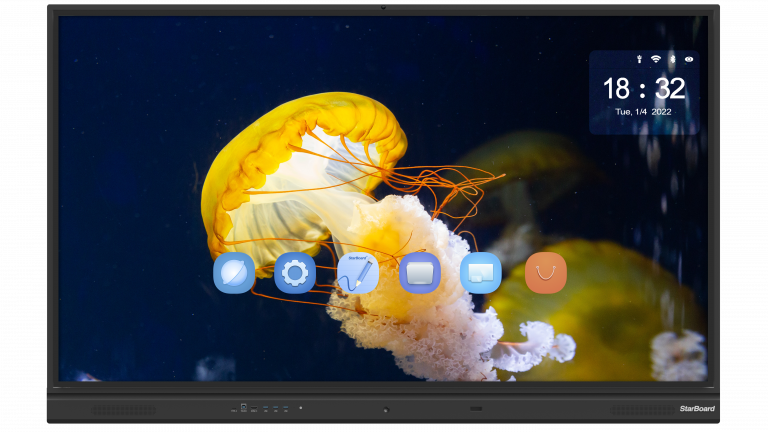 What does IFPD stand for?

IFPD stands for Interactive Flat Panel Display, a large-screen display technology that is touch-enabled and designed for interactive collaboration in the boardroom and classroom.

Can I customise my Interactive display order with the factory?

Yes, it is possible to customise an interactive display order with our StarBoard factory. We offer customisation options on all our products, such as adding custom branding or logos, choosing from different colour options, or modifying the design to meet specific needs.
Don’t hesitate to contact us directly to learn more about how to customise your interactive display order with our factory. We will be happy to discuss your customisation options and how to place a customised order.

How do interactive displays work?

They typically consist of a large display screen, a computer or other processing unit, and touch-sensitive technology that lets users control the display using their fingers or a stylus.

Interactive displays incorporate various technologies, including infrared, resistive, capacitive, and acoustic pulse recognition. Infrared interactive displays use infrared sensors to detect the presence of a finger or stylus on the screen.

When a finger or stylus touches the screen, it disrupts the electrical field, and the display can detect the touch. Acoustic pulse recognition interactive displays use sound waves to detect touch or gestures on the screen.

Interactive displays are ideal for classrooms, conference rooms, and retail environments. They are used to display and interact with digital content such as documents, videos, presentations, annotation, brainstorming, and other collaborative activities.

Why use interactive panels?

Interactive panels are valuable for creating user interfaces for websites, applications, and other digital platforms. They allow users to interact with the interface more intuitively and engagingly by providing buttons, sliders, and other controls that can be clicked or manipulated to perform different actions or adjust settings.

Interactive panels are handy when users need to input data, adjust settings, or make choices to use a product or service. For example, a weather app might use an interactive panel to allow users to select their location, choose a forecast period, or view different types of weather data.

Overall, interactive panels can make it easier and more enjoyable for users to interact with a product or service and can help to improve the user experience.

Methods for hanging an interactive display.

It is essential to carefully consider the installation’s specific requirements when deciding the best method for hanging an interactive display. Factors to consider may include: